Steven Manson is a professor in the Department of Geography, Environment, and Society at the University of Minnesota in the Twin Cities. He also directs the Human-Environment Geographic Information Science lab.

He is a Fellow of the Institute on the Environment and Scholar of the College in the College of Liberal Arts. He was the Associate Dean for Research and Graduate Programs in CLA. He is a past NASA New Investigator in Earth-Sun System Science and NASA Earth System Science Fellow and among other awards received the Sustainability Science Award from the Ecological Society of America and University of Minnesota McKnight Land Grant Professorship.

Dr. Manson and colleagues have garnered over $40 million in funding from the National Science Foundation, National Institutes of Health, and Department of Justice to advance big human-environment data. He is the Principal Investigator (PI) for the National Historical Geographic Information System (NHGIS) and International Historical Geographic Information System (IHGIS). He is also on the teams for the Integrated Public Use Microdata Series (IPUMS), IPUMS Terra, and the Institute for Geospatial Understanding through an Integrative Discovery Environment.

Working with his graduate students and U of M Libraries' Shane Nackerud and Kristi Jensen, Dr. Manson developed an open mapping textbook used by learners around the world. A thousand U of M students per year use the text, saving over $100,000 in traditional textbook costs. Over 30,000 unique visitors have read or downloaded the book in the past two years.

Dr. Manson works on problems such as declining water and air quality, climate change, food shortages, and social and environmental impacts of migration. This profile and story on mapping the future examine how much of his research focuses on land use and the human impact on the environment, along with the with deserts in the deluge of big data.

Dr. Manson has been recognized as a Scholar of the College for his work. Here he discusses his research on cities and environmental issues. He also explores alternative approaches to understanding human decision making that capture some of the social dynamics and personal biases that influence human behavior instead that are typically ignored by scientists. [PDF]

Dr. Manson’s research is “topical” in more ways than one. Manson trains his eye on the earth’s surface; using a technique called agent-based modeling, he examines the rate at which humans are altering the land surface of planet Earth. Given the alarming pace of change in the earth’s surface, and given the increasingly charged debates about global warming, his work couldn’t be more timely." [PDF] 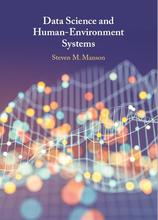 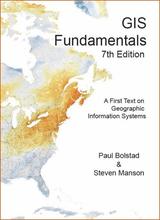 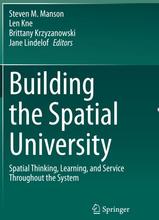 Mapping, Society, and Technology is a free and open text on reading, using, and creating maps. It also explores how maps reflect the relationship between society and technology. 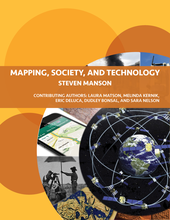